ASX 200 rally fizzles as market retreats from a high of 5392 to close at 5371 up a meagre 10 points. Energy and big miners lead the way as banks and industrials mixed. Consumer stocks ease. RBA keep rates on hold as forecast AUD leaps to 74.30 cents and Asian markets mixed Japan up 0.5% and China down 0.02%. US Futures markets up 16. 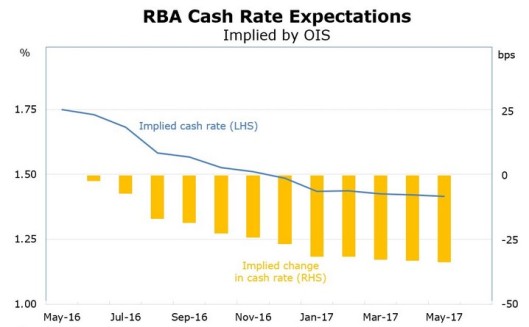 Knife edge for Brexit? The eyes may not have it. 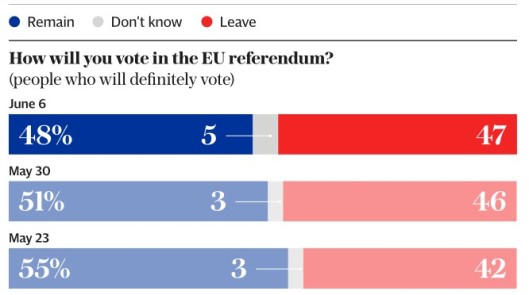 A Technical Analyst and a Fundamental Analyst are chatting about the markets in the kitchen.

Accidentally one of them knocks a kitchen knife off the table landing right in the fundamental analyst’s foot!

The fundamental analyst yells at the technician, asking him why he didn’t catch the knife?

He in turn asks the fundamental analyst why he didn’t move his foot out of the way?

The Fundamental analyst responds, “ I didn’t think it could go that low”.