ASX 200 closes down 29.4 points to 5378.6 after toying with 5400 again and finishing near its low. Financials and industrials slip across the board in lacklustre trade. AUD jumps to 72.4 cents on better economic numbers whilst China posts strong gains up 3.04% and Tokyo up 1.05% US Futures closed.

After a very soggy start to the day primarily due to weakness in the banking sector the market clawed its way back into the game and above 5400. The early weakness may have been attributed to yet another hybrid issue from the banking sausage machine that churns them out in order to keep retail brokers in school fees. The 1% commission is a life line and the appetite seems to be insatiable for the product with yield hungry investors. It does however sap demand for the underlying equities and we saw some selling of underlying shares to make room for the hybrids.

Better than expected export number helped the AUD kick back above 72 cents and this too dragged the market higher as it popped above the seemingly magnetic 5400 level. Consumer stocks were dragged a little lower as media reports on the rise of Aldi hurt both Wesfarmers and Woolworths. 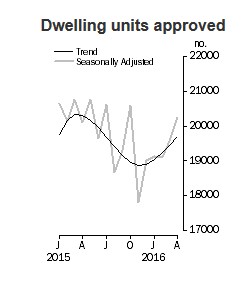 Chinese stocks surged Tuesday in the largest one-day gain in two months, on hopes it may soon be included soon in an influential global benchmark, MSCI Emerging Market Index.

Should I stay or should I go?

Latest poll on ‘Brexit’-Borders and immigration the biggest ‘leave’ drawcard.

And finally those old Disney VHS tapes may have been the greatest investment you could have made for your kids.

Good luck digging them out.