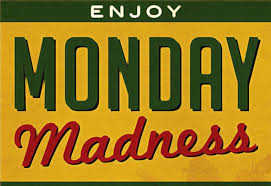 A slow start to the week as the market didn’t seem able to make up its mind. We tried heading down but banks remained stubbornly well-supported given the relatively solid Commonwealth Bank update. We finally decided the path of least resistance was up, with a strong afternoon rally taking out the 5300 level and pushing onwards to close at 5320.7, up 28.7 points. This was despite the Shanghai market falling 1.72% at lunchtime and iron ore off around 6% in Dalian Futures trade. A range of 5264 on the downside and 5321 on the upside with volume around $4.5bn. Once again our market seems to be a regional outperformer with China down 1.67%, suffering its biggest two-day loss in 10 weeks. The index has lost 20% this year to be one of the worst performers amongst its global peers.

NAB economist Peter Jolly is somewhat worried that the ratings agency Standard and Poor’s has not moved quickly to reaffirm our AAA rating. Some likely scenarios from S&P, according to NAB:

The Saudi government are looking to float its Aramco oil company on the London Stock Exchange. This is a $2.5 trillion company although it would be only raising around 5% of that in an IPO. London’s hopes for the IPO may have increased with the election of Sadiq Khan as London’s first Muslim mayor.

The Aramco sale is planned as soon as 2017 or 2018 and would in theory be five times larger than any initial public offering (IPO) in history, a huge prize for the London Stock Exchange.

Clarence on the TV today