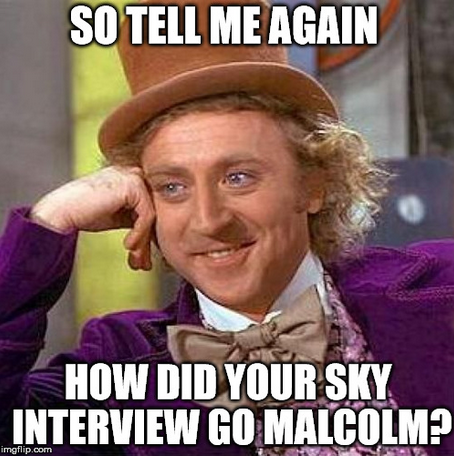 ASX 200 craters then rallies to close up 13 points, on its highs for the day at 5292 after testing 5200. Big volume too. Banks suffer a sorry end to a big week despite record profits from Macquarie Group. AUD slides under 74 cents, just, on RBA outlook and inflation downgrade. Asian markets slide on a stronger USD with Japan -0.7% and China -1.8%. US futures -11 points.

A horrible start to the day as worries in the banking sector re-emerged. It may have been the selloff in the AUD or Moody’s, a little more concerned about the outlook and AAA rated status, but the futures market was spot on. The market tipped and tested the 5200 level as resources and banks synchronised their falls. By lunch time we had clawed back most of the losses and had even turned positive for a brief second before a second drop and then a final rally into the close and the match out.

Employment numbers in the US tonight so no one was going to be too brave and it seems that the switch out of resources into banks was partially unwound today on some profit taking. The results from Macquarie Group (MQG) were a positive. At least they should have been but the Financial Review ran an article today on MacBank Junk Bond profits (at the expense of the tax payer) and a small slanging match broke out, taking some of the gloss off the result.

We also had the much anticipated RBA monetary policy statement which very much left the door open to further rate cuts, primarily due to its adjusted inflation rate expectations – now in the 1-2% range rather than 2-3% previously.

Financial markets are pricing in a 32% chance of a rate cut next month, rising to 80% in August and a 28% chance of TWO more cuts by the end of the year.

It has been a jam – packed week. Budget, bank results, rate cuts, dollar drops and BHP dramas. It has had it all. Yet the end result in the headline number is up 40 points…barely 0.7%.

The market has had a 3% trading range this week and heavy volume. Lack of conviction and plenty of day trading it seems given the index has gone nowhere. BHP the biggest casualty this week falling from 2068 cents to today’s 1846 cents.

For those looking for a unique take on the budget go no further than this classic from Clarke and Dawes this week. Well it is a Friday.