ASX rises 45.4 points to 4821.1 as buyers emerge from the gloom. Industrials, healthcare and financials leading the way with results the focus. Telstra had a good day and Cochlear joined the $100 club. Japan closed but HK back on line falling 3.86%. Dow futures down 91 points. AUD at 70.87.

A better day today after the bloodshed of the last couple of days. Nerves still frayed but some buying creeping back in after the Yellen Senate hearing last night. Results once again dominating, and the ones that the market likes, continue to perform for days after the initial jump. Selling once again hit the market until mid-day hitting a low of 4771 after a 30-point burst at the opening. Seemed that margin call pressure continued, but once it had washed through we pushed higher and rallied into the close. With no Chinese market or Japan today, due to a holiday, there seemed no reason for the bears to get aggressive and as the PM session wore on we closed near our highs for the day. Material stocks were under pressure in front of the RIO result due after the market but banks tried hard to post solid gains as bank p/e ratios are now below the dividend yields when franked up. Strange days indeed.

No significant results tomorrow as the next two weeks will be the big ones.

This could be the new market flash point as the weather in Europe warms up. Suspect that ‘Schengen’ or open borders will have to go. They will need a bigger fence.

Meanwhile in the UK, the chances of a rate rise in the UK once almost a sure thing has been pushed out until the end of the decade according to a Morgan Stanley survey of traders. In fact they are betting on a 50% chance of a cut this year.

And finally spare a thought for Venezuela as they desperately try to talk up the oil price. Not difficult to see why they want the Saudi and the Russian to agree production cuts. 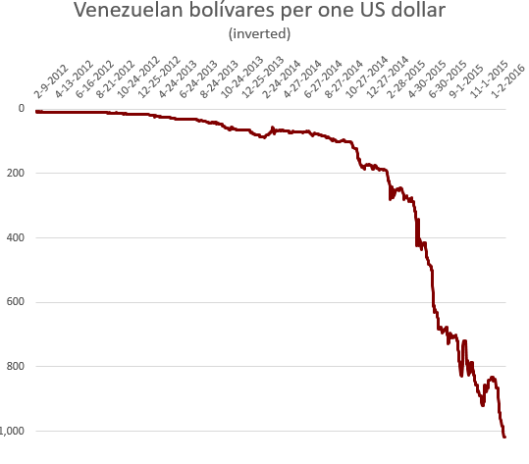