ASX 200 falls another 56.4 points to 4775 as heavy selling continues, although some bottom picking helping. Resources join the banking sector to lead us down despite Commonwealth Bank cheering markets. Japan continues its slide down another 3.7% as China still closed. US futures down 71 with AUD steady at 70.56 cents

Well, it could have been worse. At one stage it was. Despite the semi-positive US lead and an inline report from Commonwealth Bank,the negative sentiment kicked in barely 20 minutes after the opening and the market slid from there. More weakness from our friends in the North added to the nerves and at one stage the ASX 200 was down to 4706, a big 126 points on top of yesterday’s 140-point fall. All this carnage despite better than expected corporate results from Cimic (CIM), Boral (BLD), Commonwealth Bank (CBA) and Oz Minerals (OZL). When the mood is this sour even a good result cannot turn it around. After the forlorn hope that the CBA numbers could turn things around it seemed like a fresh wave of selling hit the market. Maybe this was margin calls as the lenders hit the phones for more collateral…whatever it was, it got ugly. Some semblance of reason crept back in as the day wore on, halving previous losses with the shorts covered ahead of Janet Yellen’s testimony tonight.

Commodity price falls took the wind out of the resource sector and the banks are in danger of catching a rare contagious disease from Deutsche Bank and other Euro trash. This disease has no basis in reality but that has not stopped the bears. Their argument that our banks look expensive against their global counter parts is erroneous given the relative minimal exposure of our banks to resource bad debt and the European issues. Considering our banking system sailed unscathed well relatively through the GFC it would be logical to believe that they deserved a premium to their global peers. 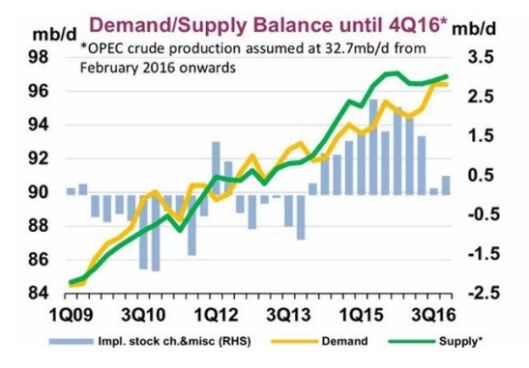 And still the Saudis wage their war. No winners just casualties so far. 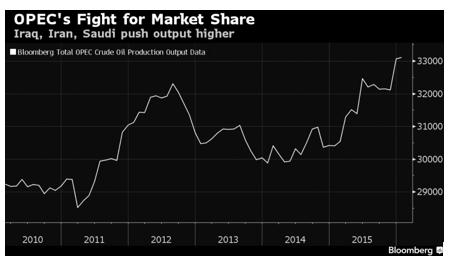 Markets are gradually reopening again after the New Year break with China, Hong Kong and Taiwan off-line. Japanese shares extended their big losses of Tuesday with another 3.7% fall as the yen continues to attract safe haven buying despite negative interest rates.

Tonight we get Janet Yellen trying hard to justify her GBPB (Great Big Policy Blunder) as her rate rise two months ago seems to have unleashed the bear spirit in the markets. Back in the halcyon days of naivety as we ran into Xmas, it is hard to believe that the ASX200 was around 5100. 10% above where we currently stand.

Talk again in Europe of the so called ‘Doom Loop’. A destructive vortex as yield spreads on sovereign 10-year bond spreads are increasing and credit markets stress over corporate debt.

Deutsche Bank will once again try to dispel rumours on balance sheet problems with a potential multi billion bond buyback. Hopefully they have more luck tonight.