ASX 200 falls 11 to 7114 as tech stocks fall. Dow futures down points. Results continue to tumble with BHP and Apple warning today of the effects of the Coronavirus to their global businesses. Banks were a firm market with CBA up 0.9% and WBC up 0.5% though BEN fell 5.6% after its right issue and dividend cut. Healthcare stocks were a little weaker after disappointing results from COH down 3.4% and CSL down 0.4%. Bond proxies fell too despite RBA minutes suggesting the RBA could cut if the virus had more effect on the local economy. TCL dropped 0.1% and SYD down 0.1% whilst REITs suffered as SCG dropped 1.59% after its results. In the tech sector ALU set the scene after underwhelming with its results and fell 7.9% dragging APX down 4.2% with it and PME down 4.4%% as the selling continues. Mining was a breath of sunshine as BHP rewarded shareholders with its biggest dividend ever although some were disappointed, the stock rose 0.8% and FMG up 1.3% on better iron ore pricing. Gold miners slipped slightly with NCM under pressure again down 1.4%. Consumer stocks also slipped with COL down 0.95%, WES down 0.4% but WOW rose 0.6%. The RBA minutes showed the central bank remains alert but not alarmed at the coronavirus threat but stands ready to cut if needed. Not that it would do much good instead just pushing up housing further. The AUD weakened to 66.90c on the minutes and the 10-year yield dropped to 1.03%. In Asia, markets drifted lower with Japan down 1.6% and China down 0.8%

RBA MINUTES – Looks like RBA is ready to cut if the Coronavirus effects worsen.

Coronavirus does represent a material risk to the economy. AUD dropping below 67c. Click here for the full statement.

And finally a great car ad… 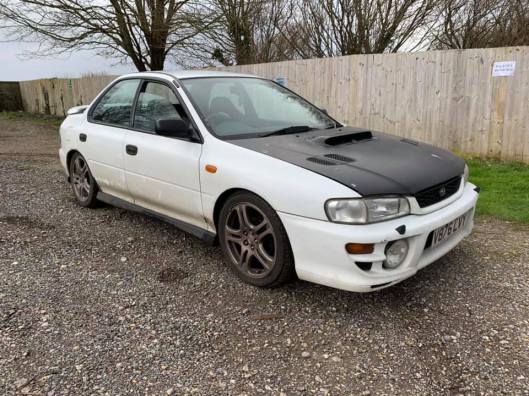 Does driving at the speed limit scare you? This may well be the car for you!

Imagine all the excitement, joy, cool noises and sheer brutal acceleration the 2.0 turbo impreza brings you… well this has none of that

Different colour panels obviously add to the speed and the turbo scoop to fool people into thinking you’re wasting lots of money to make all that noise when really this car has never came on boost in its life!

The rear parcel shelf must have been made out of lead as it’s been thrown away as with the radio as why would you not want to listen to the deafening sound of disappointment out of the exhaust?

Fortunately the exhaust is big enough to get my size 11 timberlands in so it’ll warm most shoes.

Now if you want to entice 16-year olds into your car at McDonald’s this is the prime vehicle. And even has back doors for more girls.

It’s in no way sporty

It won’t do skids

It’s not fast at all

Now for the bad bits….

The lowest I would go is probably sleeping with my wife’s granny.

May part x something funny

YOU HAVE TO COLLECT IT FROM BRIDPORT DORSET.
I can deliver.