A young man and a priest are playing golf together. At a short par-3 the priest asks, “What are you going to use on this hole, my son?”

The priest says, “I’m going to hit a soft seven and pray.”

The young man hits his 8-iron and puts the ball on the green. The priest tops his 7-iron and dribbles the ball out a few yards.

The young man says, “I don’t know about you father, but in my church when we pray, we keep our head down.”

Have a great evening …Catch Clarence on ABC Breakfast in the morning around 8.20am. 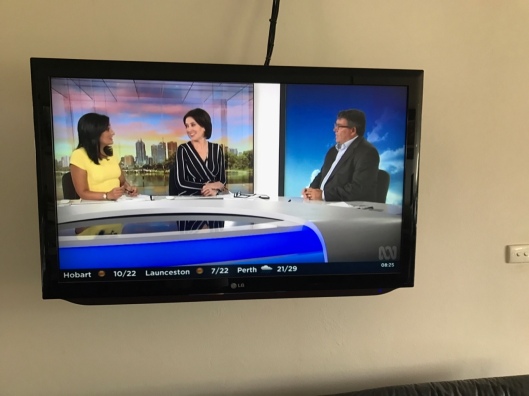