Sorry no report Friday..my dog did a runner in the Sydney storm and spent two hours driving around trying to find him…

ASX 200 eased through 5800 to close down 11 at 5795 on thin volume as industrial results underwhelmed and Brambles shocked. Banks slightly positive with results the focus. Asian markets positive with Japan up 0.19% and China up 1.07%.AUD clinging to 77c with US Futures up 15. US markets closed tonight for President’s Day 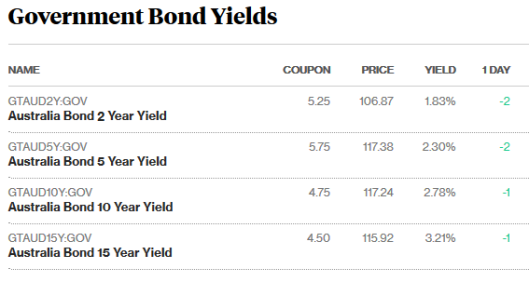 Sorry no report Friday..my dog did a runner in the Sydney storm and spent two hours driving around trying to find him…

The wife’s back on the warpath again. She was up for making a sex movie last night, and all I did was suggest we should hold auditions for her part.

After both suffering from depression for a while,me and the wife  were going to commit suicide yesterday. But strangely enough, once she killed herself, I started to feel a lot better. So I thought,“Screw it, soldier on!”

Bought my wife a hamster skin coat last week. Took her to Luna Park last night, and it took me 3 hours to get her off the Ferris wheel.