ASX 200 falls 44 points to 5400 in low volume sell off as Italian PM resigns. Banks, healthcare and consumer stocks in the sellers’ sights. Miners a small bright spot. Asian markets sold off aggressively with Japan down 0.83% and China down 1.76%. AUD 74.52c and US futures down 34. 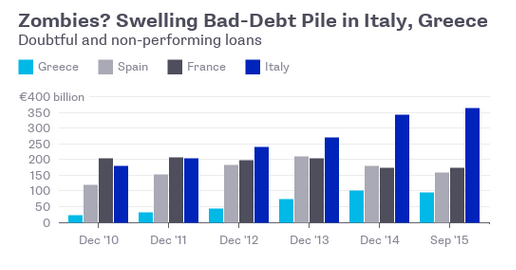 Hung Chow calls in to work and says, “Hey, boss I not come work today, I really sick. I got headache, stomach ache and my legs hurt. I not come work.” The boss says, “You know Hung Chow, I really need you today. When I feel like this I go to my wife and tell her give me sex. Makes everything better and I can go to work. You try.”

Two hours later Hung Chow calls again: “Boss, I do what you say and I feel great. I be at work soon. You got nice house.”