ASX 200 down 7 points to 5453 in lacklustre trading as we failed to make it 9 from 9. Banks and miners dragged us lower whilst consumer and healthcare stocks held the line. Asian markets mixed as Japan rose 1.37% and China fell 0.59%. AUD eased on RBA meeting minutes to 75.08c and US futures are down 2 points. 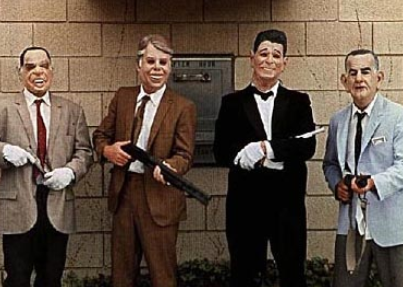 A man wakes up and finds himself in a hospital room, one with only himself in it.

He has no recollection of how he got there.

While pondering it, his bedside phone rings, and he answers it. A doctor on the other end identifies himself, and tells the man: “I have really bad news. You’re very sick. After your collapse yesterday, we ordered several tests, and got the results back this morning. I’m afraid you have Avain flu, Ebola, and you’re positive for HIV and hepatitis.”

Stunned, the man asks “Well, what’s next!? What are you going to do?”

The doc replies: “Well, for starters, we’re putting you on a strict diet of only pizza.”

The patient asks: “Will that really help me, doctor?” “No”, the doc responds. “But it’s all we can fit under the door.”