ASX 200 leaps 110.8 points to 5353.8 on bank reversals and RBA rate cut to 1.75%. Financials lead the way higher after a reassessment of ANZ results. The ASX 200 is now in positive territory for the year. Asian markets remain affected by holidays in Japan but China back online up 1.52%. AUD falls to 75.8 cents US Futures down 6.

‘Super Tuesday’ has lived up to expectations with a huge bank rally and a rate cut forcing shorts to scramble for cover. We are now up 30 points since the start of the year.

An extraordinary day with the ANZ results out first thing setting us up for another negative day but it seemed that the press conference and subsequent in-depth analysis of the ANZ result gave the bulls a reason to be cheerful. From being down almost 4% on the opening, ANZ rallied hard to be up over 5.5%. It seems the market considers the sell-off overdone and the new CEO has done the right thing in clearing the decks. The rebound took the bears by surprise and the whole sector rallied hard talking the rest of the market with it before we drifted back at lunch to be up around 30…before the RBA news. To put it into perspective, the basket of banks (sum total of big four shares) is trading around $158 up from $147 and down from $215 in March 2015. Plenty of upside if this rally takes hold.

The RBA cut rates at 2.30pm and sent a cheer through the market as we soared through the psychological 5300 level and the AUD fell a cent and a half. Record low rates again with National Australia Bank the first to pass on the full 25bps cut to variable mortgage holders. Positive PR for the sector. Finally.

It seems that many fund managers and traders have been caught either short or with too much cash and have now been forced to chase the market higher. Volume was stronger than we have seen for a while at around $6bn so it seems that more traders are being dragged off the sidelines. We have now broken out of the range and could continue to move higher if resource stocks kick in as well.

Budget tonight but suspect that most of the big items have already been leaked.

For a full statement from the RBA. 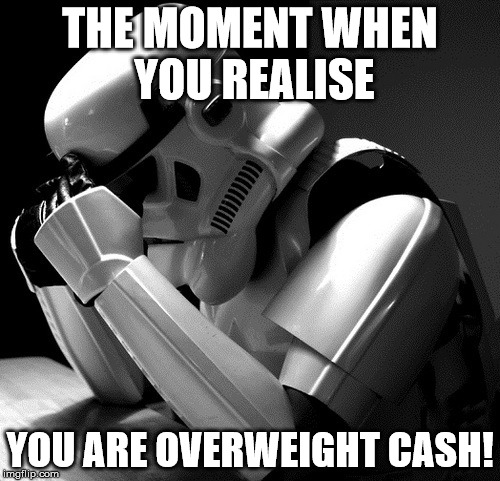