Disappointed. ASX 200 drops 16.6points to close on 4892.8 on thinish volume. Resources try to hold the line but banks and industrials throw in the towel after the index touches 4997 early 120-point range today. China slides in morning trade down 1.52% as Japan unchanged as rally goes up in smoke. US Futures down 136. AUD slips to 69.49.

For a moment it looked as if all was right with the world. At least better anyway. The ASX 200 started off with a leap out of the blocks this morning following good leads from commodities and overseas equity markets. But then like a mirage, it was gone. China coming back on line upset the bulls yet again. From the moment we touched 4997 it was all downhill from there with banks coming under pressure as the exuberance evaporated as fast as it appeared. News from BHP early this morning on a shock US$4.95bn write down of the value of its US onshore assets, was hardly a surprise given they bought those assets at the top of the market and have seen the environment deteriorate dramatically. Confidence has been seriously dented this week and no one wants to get sucked into another false start, and as we head into more US earnings and Chinese GDP, it was time to get the money off the table and back where it is safe.

Volume was absent today after a big week and the slip below 4900 was a worry given its growing significance. The Public holiday in the US is keeping buyers sidelined. Next week will be again hostage to events overseas. If we cannot hold 4900 next stop is 4750.

Enjoy the weekend. Next week, ’Jump in, buckle up and hang on’. 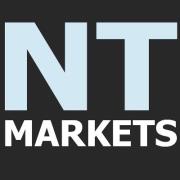