Just a quick one this morning as I am hoping to have a shower…no power at home and trees down everywhere..only had SOS mobile phone coverage yesterday too…but so far the trees have missed the house unlike our neighbours who took a direct hit…carnage..anyway…

Anyway it looks more and more like Smokin Joe has called the bottom of the iron ore market as both RIO and now BHP look to be cutting back on production spending and shipments..

CPI number today…..looks like the RBA is getting set to cut again in May..not that it will do any good as the Government is still the biggest issue facing confidence and activity..the budget will not change that in fact only make it worse!!!

The last storm I saw that had this magnitude was in October 1987 in the UK!!!That didn’t bode well …

Still think there is downside to come…then the bounce?

We had a small cap stock in the other day..Stream Group..SGO…tiny and speccy but these guys supply loss adjusters and claims management for insurers in times of trouble..expect they will be busy now with Sydney mauled…would expect the stock to be a major beneficiary of the storm damage..

For the 15th week in a row, US oil inventories rose – this time by more than expected at 5.5mm bbl (against a 2.5mm bbl expectation).Oil slipped again but think its range trading..also not helping the oil price was the Saudis suspending their bombing operations in Yemen with the “Mission Accomplished” moment ringing in their ears…Operation Decisive Storm done and dusted…Yemen threat neutralised!!Lets hope they are better than GW when it comes these moments.. 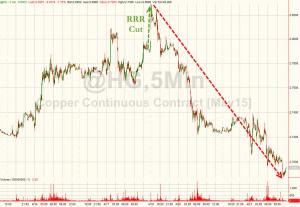 I was stunned yesterday to read that we issued 5m visas last year to visitors!!!Wow go SYD….

Drug manufacturer Novogen is tapping the market for $30 million to give the company “horsepower” to grow.

Rio Tinto is determined to hit its aggressive sales target of 350 million tonnes of iron ore this year, despite wet weather and a train derailment slowing its output in the March quarter.

“53% of all global government bonds are yielding 1% or less ….Central bank assets now exceed $22 trillion, a figure equivalent to the combined GDP of US & Japan

The  computer and biotechnology stocks that make up the Nasdaq 100 Index have seen their market value jump by $3.3 trillion since March 2009, more than any other industry. Now they’re on the hook to generate $320 billion in profits this year, more than technology companies ever made at the height of the Internet craze.

Tesla Motors Inc. will announce a home battery and a “very large” utility-scale battery on April 30…

And this fills me with confidence from Bloomberg….”U.S. authorities accused 36-year-old Navinder Singh Sarao on Tuesday of masterminding a five-year scheme to use phony orders in Standard & Poor’s 500 Index futures to manipulate prices and book $40 million in illicit profits. Along the way, he had a hand in erasing $862 billion from the U.S. stock market — in a matter of minutes, they alleged.”Scary thing is that he was going for five years!!!!They reckon he casued the May 2010 flash crash..now that is scary!!

Murphy showed up at Mass one Sunday and the priest almost fell down when he saw him. He’d never been to church in his life. After Mass, the priest caught up with him and said, “Murphy, I am so glad ya decided to come to Mass. What made ya come?”

Murphy said, “I got to be honest with you Father. A while back, I misplaced me hat and I really, really love that hat. I know that McGlynn had a hat just like mine and I knew he came to church every Sunday. I also knew that he had to take off his hat during Mass and figured he would leave it in the back of church. So, I was going to leave after Communion and steal McGlynn’s hat.”

With a tear in his eye the priest gave Murphy a big smile and said; “After I talked about ‘Thou Shalt Not Steal’ ya decided you would rather do without your hat than burn in Hell?”

Murphy slowly shook his head. “No, Father, after ya talked about ‘Thou Shalt Not Commit Adultery’ I remembered where I left me hat.

Let’s be careful out there!! 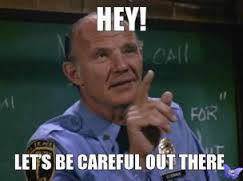