It’s always nice to get out on the golf course and yesterday I was the guest of the boys of Leveraged Equities for the ASX Bulls and Bears Charity Golf Day…always good to see 200 stockbrokers giving something back to worthwhile charities and digging deep..well done to all those involved with organising and supporting a great day..shame about my golf but there you go.

So whilst I was out having fun, the market rallied back up with banks leading the charge and to top it off the ‘Buy Polar’ Dow rocketed last night on disappointing retail numbers..remember bad numbers are good cos’ it means that the Fed will not raise rates so quickly..but they will raise…good numbers send the market into a spasm of spitting dummies…so back to buying the banks again and with the Aussie dollar falling(or rather) the US Dollar rising it dragged the bulls back kicking and screaming…The downside in this market is limited as we are holding the Stevens Put and the Yellen put…low interest rates forever mean few alternatives to the share market..judging from participants at the golf they would agree too…so looks like my road map on the market is not going to happen…I saw us down to 5600-5650 before the buyers came back in…but maybe I was a little too pessimistic…or maybe everyone is so scared of missing out again..I still reckon that we could see that number but the bounce is in!!!

Probably going to have another go at 5950 in the coming days but after that I suspect the downside outweighs the upside…I would be lightening my load at close to 5950-6000 again…double top anyone?

Idea of the Day-AAD recovery ?

Ardent Leisure…smashed this week…absolutely smashed..retirement of CEO and replacement with a relative fresh faced Non exec director sent some shock waves through the stock price…now these guys run health clubs,bowling clubs,theme parks and other inbound tourist kind of destinations…they pay 13 cents in dividends and although in challenging times ,I believe there is some upside in this one…they hot 192 the other day and ran to 207 yesterday ,I would expect another 10% upside from here as the new CEO Deborah Thomas soothes the market and lays out her plans…market hates shocks and has punished accordingly…maybe a little unjustly!!!

Things to make me go mmmmmm!!

In the US ,Retail sales fell 0.6% in February, against estimates for a 0.3% rise and the drop was the third in the past three months and business inventories were flat in January and weekly jobless claims fell by 36,000 to 289,000.so good news with the Fed meeting next week…God they seem to have a lot of meetings…expect more opaque quotes on interest rates…

Hopefully my countrymen can beat Afghanistan today in the cricket…not a shoe in though!!!Don’t have a great record there!!! 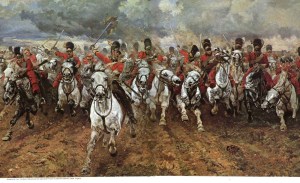 Now we all know that in the currency wars the race to the bottom is the winning strategy!!Witness how happy the Germans really are that the Euro is completely stuffed..they are making hay whilst the sun shines and their economy is reaping the benefits..unfortunately countries that only export Olives and dips are not doing too well and its killing them…the Greek Finance Minister(bit of an oxymoron) is now saying that the Greeks will never repay their debts… Greek Finance Minister Varoufakis has described his country as the most bankrupt in the world and said European leaders knew all along that Athens would never repay its debts, blunt comments that sparked a backlash in the German media…personally I think he is exaggerating things a lot…Japan is the most bankrupt in the world…ssshhh..don’t tell anyone though!!!

Good to see Glen Lazarus rising from the dead…or the PUP as it’s known!!!

Takeovers are back!!!!Happy days are here again… TPG Telecom said it will acquire iiNet for $8.60 a share, in a transaction valued at $1.4 billion to become Australia’s No.2 fixed-line internet service provider, behind Telstra and ahead of Singtel-Optus.

Expectations for the US GDP have been pulled well back to 2.4%…although the Atlanta Fed is singing from a different sheet with 0.6%..if it were that bad the Dow would soar through 20,000!!!

South Korea’s central bank unexpectedly lowered its key interest rate to an all-time low to prevent the nation from falling into deflation and support economic growth.

LLC peeps…drive past Barangaroo ..tell me this stock is not a buy!!!     Lend Lease is said to have settled an $80 million dispute over clean-up work at Barangaroo South. It is also in the mix to build the so-called Barangaroo Central residential and cultural precinct – potentially a billion-dollar contract….with the continuing crackdown on dodginess in China, tell me this isn’t a prime destination..

Had the pleasure of parking at Sydney Airport yesterday…now we know it costs a fortune but why does it have to be so complicated…there are more barriers and cones scattered around the car park than I have ever seen..so confusing…good look for inbounds as they hit the Sydney traffic too…not exactly world class facilities…lucky they have no competition or they would be stuffed…escalators didn’t work, lifts didn’t work…chaos..welcome to Sydney !!

As a parent of two adult kids this worries me a lot…..Youth unemployment….It rose from 8 per cent in early 2008 to 10.2 per cent in 2009, and steadily climbed to a peak of 14.5 per cent in November last year. Still at 13.9% which is way too high…student debt…house prices..hard to be a young adult these days…although I wish I was!!!! 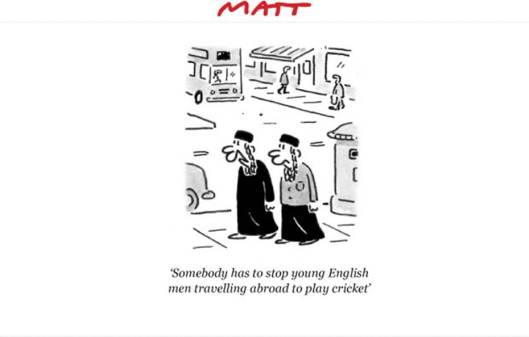 And for those with an interest in economics Greek style…

It is a slow day in a little Greek Village.

The rain is beating down and the streets are deserted. Times are tough, everybody is in debt, and everybody lives on credit.

On this particular day a rich German tourist is driving through the village, stops at the local hotel and lays a €100 note on the desk, telling the hotel owner he wants to inspect the rooms upstairs in order to pick one room in which to spend the night.

The owner gives him some keys and, as soon as the visitor has walked upstairs, the hotelier grabs the €100 note and runs next door to pay his debt to the butcher.

The butcher takes the €100 note and runs down the street to repay his debt to the pig farmer.

The pig farmer takes the €100 note and heads off to pay his bill at the supplier of feed and fuel.

The guy at the Farmers’ Co-op takes the €100 note and runs to pay his drinks bill at the taverna.

The publican slips the money along to the local prostitute drinking at the bar, who has also been facing hard times and has had to offer him “services” on credit.

The hotel proprietor then places the €100 note back on the counter so the rich German will not suspect anything.

At that moment the German comes down the stairs, picks up the €100 note, states that the rooms are not satisfactory, pockets the money, and leaves town

No one produced anything – No one earned anything – However, the whole village is now out of debt and looking to the future with a lot more optimism.

And that, Ladies and Gentlemen, is how the Greek government hopes to fix its economic problems with an finance Minister with a degree from Sydney Uni.

Have a wonderful weekend