Running late today as I drove..why does anyone do that!!!2 hours in trafiic..really, Sydney..21st Century roads are what we need !!Will keep it brief!!

Nothing much happened overnight but it was all eyes on our little market here today as Japan Post emerged as a buyer of Toll Holdings for a massive premium. 50% premium to last nights close…..wow…this will set fire to the sector…QUB etc ..few high flyers disappointed yesterday with ANZ warning of troubled times ahead, SEK underwhelming as the rivers of gold seem to be drying up….ANZ a little underwhelming but more so the commentary .A real mixed bag!!

Idea of the Day-Follow the money WPL big dividend increase and it’s in Greenbacks!! 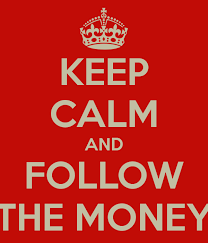 Woodside has just delivered…huge jump in dividend and it’s in US dollars so what is not to like…Oil price is showing signs of recovery so double whammy…will be a string opening but momentum is strong in this one Obi wan…will continue like a steam train..

They posted a 38 per cent jump in full-year net profit and said it would focus on driving further efficiency in its business given “challenging” market conditions due to the slump in oil prices.

Woodside declared a record final dividend of $US1.44 per share, higher than many analysts were anticipating and 40 per cent higher than a year earlier.

This is a rare beast indeed a dividend paying resource stock…

Chelsea draw with PSG away..so there is hope….

Ouuch!!! Seven West Media has tumbled to a $993 million net loss after tax after writing down the value of its television, magazines and newspaper goodwill and other assets by $1.06 billion citing concerns about future

Toll holdings bid is huge….9 bucks a share and agreed ..the FIRB will be tested with this one…selling more Aussie infrastructure to overseas interests….will get politicial I suspect but hell it’s a huge price and money talks and plies walk!!

Nasty from Arrium…Arrium has reported a $1.5 billion net loss after booking huge impairments on its iron ore assets following a sharp drop in prices for the steel-making commodity.

Stripping out the $1.3 billion of impairment charges, they still lost $22m.

“The only way to solve Greece is to treat us like equals; not a debt colony.”

Yanis Varoufakis, the Greek finance minister, after talks with the Eurozone collapsed.

From my good buddies at www.zerohedge.com…the closing ramp on the S&P… 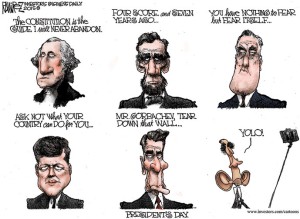 And finally…..as it was Valentines last weekend a reminder of the rules…of golf?

These are the “golf rules of the bedroom”.