Markets are back in bull mode following another Claytons ceasefire in the Ukraine and a plan so cunning to sort out the Greek debt issue….well maybe..anyway Zombies liked it and off to the wacky races for them..NASDAQ at 15 year high!!!!Think Apple may have something to do with that ! 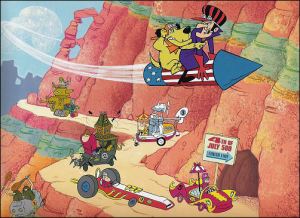 Yesterdays’ unemployment numbers were pretty woeful and shows how demoralised the country has become under Sir Tony. What is worrying though is the ABS has said that the numbers are mostly rubbish anyway…they want a big budget increase to install new technology to replace 40 year old systems…seems crazy that the monetary and fiscal settings of the world’s 9th biggest economy are just tosh..pretty hard to get stuff right in that environment..and these guys live in the rarified Canberra air where everything is make believe…his quote is worrying..” the bureau calls its 95 per cent confidence interval, reporting that the bureau is confident the true rate is between 6 per cent and 6.8 per cent.”

Yesterday we had the fourth down day having had 12 up days..today will be an up day..it’s results season so the volatility is in the names reporting..TLS was a little disappointing I guess although it will resume it upward momentum slowly..the big issues emerging for TLS are the resurrection of Optus and their bundles and I guess the massive influx of streaming services in this country..now this is a two edged sword really..it hurts Foxtel as alternatives emerge but on the plus side with more choice ,bigger screens we all use more data..remember my story about me watching the Wolf of Wall Street on the bus..cost me 75 bucks as Stan gobbles data..especially as its default is HD..trap for young players!!Leo is good but not that good…

Focus today will be on Uncle Fester or( Glenn Stevens) answering questions from a select MP committee at 9.30 today…I reckon he should be asking them questions..like what the *** is going on down there..I can’t do this all by myself you know!!!

Idea of the Day-MOC hit 299 yesterday time to take profits I reckon..25% in a few weeks…I pat myself…no body else will I know..big fan of single malt if anyone feels the need!!

Here’s a thought…one I have had before and higher up I k now…figures from DJs show a massive improvement on eth department stores fortunes as they invest in the place and stop cost cutting..turning it back into an upmarket service experience rather than Walmart!!Maybe Bernie at Myers should take a leaf..actually maybe Joe should too!!!

See it can be done…food for thought Solly!!And I reckon Bernies days are numbered…hard to believe that they were 130 at Xmas..but then a lot of things have changed since then..

Things that make me go mmmmm!!!

Who remembers G20…cost $100m to secure Brisvegas…money well spent if you asked me..shame we had to let them out..would have made a great detention centre..

RIO has reported overnight and has embarrassed BHP big time with its largesse…this extraordinary generosity to shareholders is designed pure and simple to get the share price up short term to avoid the board and managament losing their jobs when Glencore decides to bid for it …of course it is hardly a glowing endorsement of long term vision or the global outlook as money goes back to shareholders and not into new projects..at some stage there will be so few new projects that the swings of boom bust will turn full circle into boom as capacity and production have been scythed!!

Rio Tinto will return $7.8 billion. A $US2bn buyback has been launched on Thursday night, increasing it’s dividend by 12 percent, to $US2.15 a share

There is a new reality TV show back in Town is Called Question Time..oh the horror…called be called Men behaving badly! 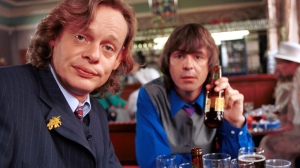 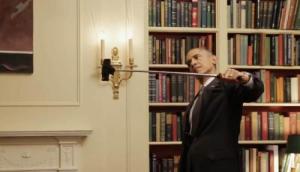 US retail sales underwhelmed for a second-consecutive month in January with a decline of 0.8% reported.

Sweden’s Riksbank cut interest rates unexpectedly during their February policy meeting, slicing their key repo rate to -0.1% from 0%….made a huge difference I bet!!!

There is Gold in them there hils? No dividends though as Newcrest Mining achieved its goal of being free cash flow positive but has narrowly missed analyst expectations after reporting a statutory and underlying profit of $US200 million this morning. The underlying result is marginally less than the $207 million underlying profit reported in February 2014, and was just below the $US211 million that some analysts had expected.

Nearly slept with a Ladyboy last night.
Picked him up in a night club. He Looked like a woman. Smelled like a woman. Danced like a woman.
Even kissed like a woman, but as we arrived back at his apartment he reversed his car into a tight parking slot in one fluid movement!
That’s when I thought -Hang on just a minute!

Sorry had my blue tie on this morning!!

Back on Sky TV at 5.30 for all those keen to see my ugly mug..otherwise have a good weekend.