Taken around the 87 crash… 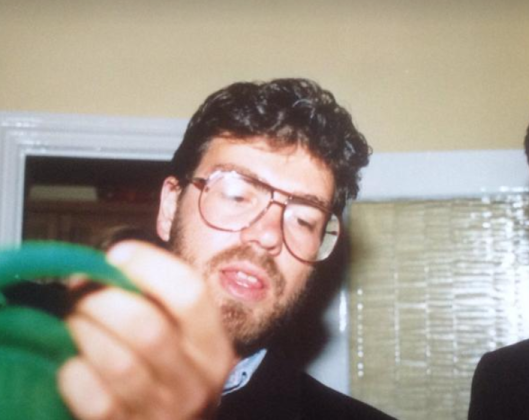 ASX dropped 50 points to 5416 (-1.3%). Dow Futures down points. After a dismal lead and start to the session, we saw stocks find a level and took some comfort from the jobs numbers. The banks remain the Achilles heel of the market at the moment as results and D(dividend)-Day looms. The Big Bank Basket fell to $110.04 with CBA down 1.3% and WBC down 2.3%. Other financials also weaker with MQG down 1.9% and MFG off 1.6%. Insurers though picked up a little with IAG up 3.3% and NHF up 0.6%.  Miners were another soggy sector with BHP down 2.0% and RIO falling 1.4%. Gold miners though continue to enjoy higher AUD prices and were relatively table NCM up 0.1% and GOR up 1.4%. Energy stocks ran out of puff and slipped as oil hit 18-year lows. WPL down 1.4%, STO down 3.2% and CTX up 0.2% after a refiner margin update. Bond proxies and REITS were soft but off lows. TCL reported traffic numbers revealing the obvious empty roads in Sydney and Melbourne. The stock fell 4.1% and SYD also fell 1.0%. Healthcare though was one of the bright spots, CSL rose % and FPH back in favour up %. Tech stocks fell with REA down 1.7%. XRO down 0.4% and APT down 2.1% on broker downgrades. The All Tech Index fell slightly by 1.44%. In corporate news, EOS returned from its trading halt having raised some cash and fell below the issue price and down 18.26%%. BAP in a halt ahead of its capital raise. WHC fell 9.95% on its quarterly and CGC rose 0.3% after its positive update. In economic news, the jobs number actually beat estimates slightly but are out of date and had no seen the big layoffs in late March /April. Tomorrow we get Chinese GDP and tonight some US jobs numbers again. The 10-0year bond yield fell to 0.85% and Asian markets were generally weaker although losses were tempered. Japan down 1.3% and China down 0.1%.

For the full details see the ABS announcement here

A look here at the latest job ads.

China reported 46 new cases and no additional deaths. China had 1,032 asymptomatic coronavirus cases under medical observation as of April 15. In total, the country, where the virus first emerged late last year, has 82,341 confirmed cases. Its death toll stands at 3,342.

Singapore reported its highest daily increase of coronavirus cases on Wednesday. Authorities said an additional 447 cases were confirmed, bringing the total to 3,699 in the country.

And finally..thanks Hans as always…