The ASX 200 overcomes early weakness to rise another 15 points to 6661. Quiet start to the week to be domintaedby G20 at the weekend. US futures rose 62 points as oil pushes higher on Iranian tension. Banks turned positive with CBA up 0.6% and ANZ up 0.5%. Miners too overcame weakness to figh back with BHP up 0.4% and S32 up 0.9%. REITS continue to gring higher with GMG hitting an 11-year high, up 1.4% and SCG up 1.3%. Healthcare too rose ever so slightly with CSL up 0.3% the big mover. Energy stocks trod water as well as gold stocks. Good to see ADH bounce back from a huge loss on Friday which always looked overdone  and gained 18.4% today. In corporate news, AOG updated the market and fell 5.3% and MTS too disappointed dropping 9.8%. The ACCC has raised some concerns about competition in Newcastle with the AHG/APE merger. Bonds were little changed with 10-year yields risisng 1bps to 1.29%. Asian markets were mostly better with Japan up 0.11% and China unchanged.

It’s the World Cup Final, and a man makes his way to his seat right next to the pitch. He sits down, noticing that the seat next to him is empty. He leans over and asks his neighbour if someone will be sitting there. ‘No,’ says the neighbour. ‘The seat is empty.’ ‘This is incredible,’ said the man. ‘Who in their right mind would have a seat like this for the Final and not use it?’ The neighbour says, ‘Well actually the seat belongs to me. I was supposed to come with my wife, but she passed away. This is the first World Cup Final we haven’t been to together since we got married.’ ‘Oh, I’m so sorry to hear that. That’s terrible….But couldn’t you find someone else, a friend, relative or even a neighbour to take her seat?’ The man shakes his head. ‘No,’ he says. ‘They’re all at the funeral.’ 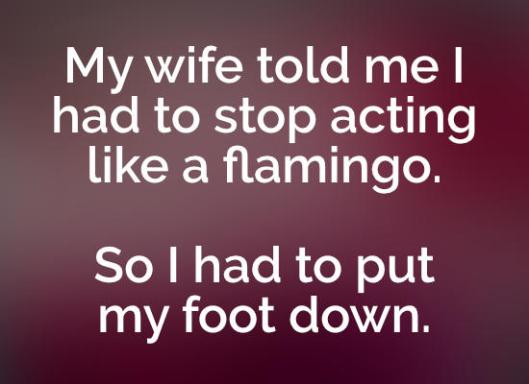