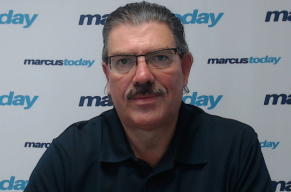 Thanks for everyone’s support for Movember nearly $4000 raised.Great result.

A young Army officer was severely wounded in the head by a grenade, but the only visible, permanent injury was that both of his ears had to be amputated.  Since his remaining hearing was sufficient, he remained in the Army.

Many years later he eventually rose to the rank of Major General. He was, however, very sensitive about his appearance. One day the General was interviewing three servicemen who were candidates for his headquarters staff.

The first was a Captain, a tactical helicopter pilot, and it was a great interview. At the end of the interview the General asked him, ‘Do you notice anything different about me?’

The young officer answered, ‘Why, yes, Sir, I couldn’t help but notice that you have no ears.’

The general was displeased with his lack of tact and threw him out.

The second interview was with a Navy Lieutenant, and he was even better. The General then asked him the same question,

‘Do you notice anything different about me?’ He replied sheepishly,

‘Well, sir, you have no ears.’ The General threw him out also.

The third interview was with an old Sergeant Major, an Infantryman and staff-trained NCO. He was smart, articulate, fit, looked sharp, and seemed to know more than the other two officers combined.

The General liked this guy, and went ahead with the same question, ‘Do you notice anything different about me?’ To his surprise the Sergeant Major said,
‘Yes, sir, you wear contact lenses.’

The General was very impressed and thought, ‘What an incredibly observant NCO, and he didn’t mention my ears.’ He asked, ‘Sergeant Major, how do you know I wear contacts?’

Thanks for everyone generosity!!

Join 2,933 other followers
Follow Beeks Downunder-Because not all financial news is boring! on WordPress.com