Growth in Japan’s service sector growth picked up in January as a gauge of industry activity remained in expansionary territory for a sixteenth consecutive month. 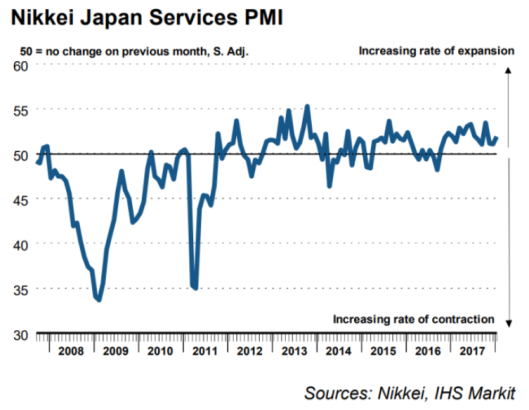