ASX 200 advances 39 points back to 5650 as materials and healthcare stocks do well. Banks trail behind as buyers step back in though caution persists. Asian markets hardly changed with Japan down 0.11% and China down 0.03%.AUD nudging 75.80c with US futures up 3 points. 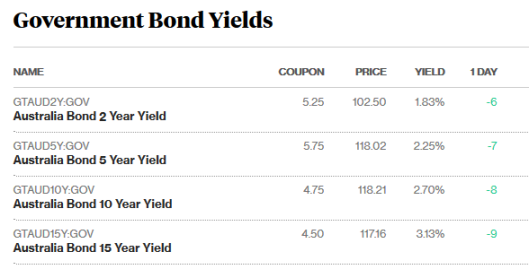 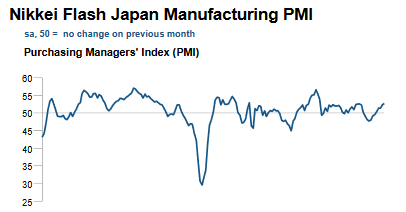 A young couple were married, and celebrated their first night together, doing what newlyweds do, time and time again, all night long. Morning comes and the groom goes into the bathroom but finds no towel when he emerges from the shower. He asks the bride to please bring one from the bedroom. When she gets to the bathroom door, he opened the door, exposing his body for the first time to his bride where she sees all of him well. Her eyes went up and down and at about midway, they stopped and stared, and she asked shyly, “What’s that?”, pointing to a small part of his anatomy. He, also being shy, thought for a minute and then said, “Well, that’s what we had so much fun with last night.” She, in amazement, asked, “Is that all we have left?”