A very positive day yesterday as Telstra delivers in spades…just goes to show how dominant the smartphone is and how addicted we are to it…this one will continue to push higher as a killer combo of yield and just plain size combine to get it to $6.00

Last night we again had woeful figures from Zombieland which is looking pretty sick again as the engine room of the EU,Germany and France runs out of gas..blame the Russians maybe ..US blames the weather!!!So why is the market going up…China looks horrible again, Japan looks nasty, US is faltering ,jobs numbers last night and here we have 6.4% unemployment…and Smokin Joe to boot…and yet the markets look rosy…are we completely mad or just feasting on the cheap money that continues to sloosh around the world…German rates tumbling…US 30 years tumbling..so equities look a great place to put money..that and real estate..

Expect another mildly positive day today as banks and TLS find friends…resources may not fare so well as Iron Ore prices stall and Oil/Copper slip…but the banks are still rumbling around the 183 level on my rudimentary bank index..(add them all together)…expect support for TLS pre the buy back and results driving stocks higher…ANZ numbers this morning..not quite so good I suspect and this may cause a rethink on them.. ANZ has grown its cash profit by 8 per cent over the first nine months of its financial year and says it is on track to hit its profit guidance, despite softer revenue growth and leaner profit margins.

I would start to nibble at JBH at these levels…now I know that the consumer is keeping their hands firmly in their pockets but this is a class act and geared to our love of tech..iPhone 6 coming soon and sure to be more gadgets in the pipeline…guess one of their problems is that now with so much of our content being streamed they don’t sell quite so many Buffy the Vampire Slayer box sets or CD’s…(who remembers those eh?) but with good solid yield at these levels and back to chart support I feel that there is a good bounce in them..ok so not much growth but Xmas is coming fast…4.7% yield and PE of around 14…sales growth of 3% and certainly some room to cut costs which the market always likes I am beginning to be a fan…Accumulate!

Things to make me go mmmmm!!!!

song title is a worry!

Hockey looking like a complete dork even with his own party!!

As tensions subside in Ukraine after RasPutin talks down intervention, he sends a column of 29 APCs into the country…gotta love him…and Iraqi PM steps down ..blames CIA for interventions…probably stolen enough money now and off to live in London..meanwhile in Ferguson ,Missouri rioting continues as Obama says there is ‘no excuse’ for police to use excessive force in Ferguson after fourth night of confrontation over a shooting. War Zone or US city?

France’s 10-year yield declined as much as four basis points to 1.39 percent and Ireland’s reached 2.09 percent. Rates in the Czech Republic also fell to the lowest on record after that nation’s economy stagnated in the second quarter.Zombieland needs a hero…bring on the next plan from Super Mario…..why is it that the Central Bankers around the world seem to be running things and they are not even elected…what the heck are the Politicians doing to aid recovery!!!!! 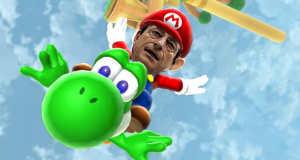 They are laughing at us… AUSTRALIAN politics is in a “scary’’ and unprecedented new paradigm that has seen it ¬become an “embarrassment on the world stage’’ over the past six years, says the man considered to be one of the most successful Australian businessmen in the world. Dow Chemical Company chairman and chief executive Andrew Liveris was talking yesterday at a Brisbane lunch and just said what the rest of the world is thinking about our politicians in Canberra.Time to lift your game…nothing dignified or edifying about the state of politics at the moment.. 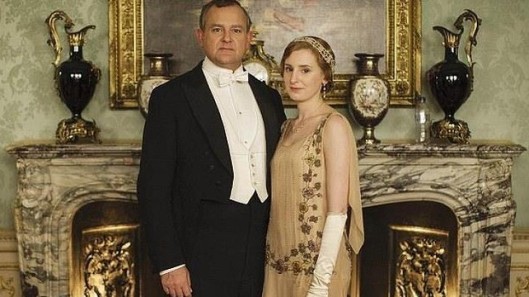 Spot the cock up in this publicity shot!!!

The three barometers of US economic activity Walmart, Target and Macys have been struggling in a worrying sign of the US recovery…and here we are 6 years after the GFC and $3.3 trillion thrown at it and still the globe is struggling… July retail sales was the weakest in six months…must be the weather…

I don’t often do this but we shopped at Aldi a week ago…crikey it is half the price of Woolies and Coles…not the big brands but the normal stuff…I was a bit shocked and surprised…nicely I must say and the baked camembert it bloody good…worth the Aldi down market experience alone!!!Suspect as the economy tightens in the next six months Aldi may do pretty well…down down prices are down!!

Outside the local town hall where a flower show was in progress.

The short one, Doreen, leaned over and said, ‘Life is so boring.

And streak through that stupid, boring flower show!’

So Doreen slowly fumbled her way out of her clothes and, completely

Naked, streaked (as fast as an old lady can) through the front door of the

Waiting outside, her friend soon heard a huge commotion inside the hall,

Followed by loud applause and shrill whistling. Finally, the smiling

Doreen came through the exit door surrounded by a cheering,

Have a great weekend …did you see the plastic water bottle on the mantelpiece!!!!It’s there…someone got into trouble…