Davos will solve all the Worlds’ problems…either that or just an excuse for a Billionaire drink up! But are they really happy? 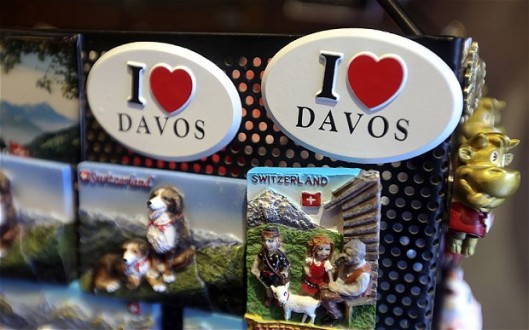 Surprise…Inflation is not dead it was just pining for the fjords…of course anyone living in the real world will be able to tell you that..everything is getting more expensive…my personal hobby horse is razor blades..no wonder beard are back in fashion..designer stubble is not for fashion reasons..they are economic!!!In my local Coles they even have the blades now locked behind a plastic dispensing system…the girl had to get a key to allow me to buy a pack!…$30 for four blades!!!Anyway enough of my personal grooming habits…yesterdays’ CPI number put paid to any hopes of a rate cut at the February meeting..the RBA will wait to see if it is an aberration or something more sinister but certainly at the top end of the range is not good..no matter how much they want the AUD down it will be hard if they keep coming out with numbers like this…of course companies know all about inflation as the cost of doing anything in this country is pricing us out of contention..over in America they have this abundant cheap energy and they are making the most of it..well you would wouldn’t you..

Anyway after the shock of the CPI yesterday the market managed to pull itself together and rally back from 45 down to only 10 off…not bad..resources rallied the hardest and last night we even saw a small blip in the Iron Ore price…only small mind…expect a mixed day today as once again the great debate on Resources or Banks continues..as they say on the Taco ad..”Can’t we have both” …apparently not it seems…anyway expect a small rally perhaps today but with results season fast approaching like a speeding train no one is going to get too carried away…expect to see lots of challenging comments from companies..high costs and a focus on continued cost cutting ie jobs not CEO salaries cos its challenging remember…blame on the high Aussie dollar..isn’t it 88 cents now?…but do not expect a great results season..certainly there is nothing shaking but the trees in the US…nothing there to spur more buying at the high levels so expect the same here…

Still believe that the bargains are to be found in the bombed out resource sector for the first half of the year but we will see..also like Techs and Biotechs too..we are the clever country after all…

Idea of the Day GEM

Good to see one of my favourites have a run yesterday..GEM…got to $3.35 …This one is destined to go to $4.00 I suspect this year but from time to time it has a tough day and is well worth putting on your watch list and buy around $3.00…quick refresher it’s a childcare operator..very disciplined approach to buying Mum and Dad businesses and great at getting the best out of them …pays a good dividend and is growing strongly..last year paid 12 in Divs..more this year ..and they pay quarterly!!!and its franked…and its child care..what could go wrong!

Things to make me go mmmmmmmm!!!!

Lots of results coming this morning…NCM quarterly results..STO…PNA and MFG….

ANZ today warned against the growth of SMSF borrowing to buy property…of course they are happy to lend you the money if you insist!!

BHP Billiton quarterly report has sharpened focus on the mining giant’s cost-cutting efforts, which will be the driver of any earnings surprises when the nation’s biggest miner reports its first-half result. The second-quarter report yesterday showed BHP exceeded coal production targets but missed some expectations on iron ore and petroleum numbers.

Murray Goulburn  is expected to act quickly in accepting Saputo’s offer for its stake in Warrnambool Cheese & Butter after the Canadian dairy group seized majority control of the target company.

Nasdaq hits a level not seen since the Tech boom in July 2000!!! Ebay soar on hopes of selling Pay Pal and Netflix now have 40mm subscribers..

Top leaders at the 2014 World Economic Forum in Davos have warned Europe is not fully out of recession. Axel Weber, chairman at UBS, said after a crisis it was natural to want to “look on the bright side”, but that such excitement was “too one sided”. He said Europe’s recovery was “lacklustre and uneven”.

iCahn stirs things up at eBay and Apple..an Apple a day keeps the Ebay at bay perhaps….

Twenty-five companies in the S&P 500 including Northern Trust Corp., Netflix Inc. and EBay Inc. report earnings today. Of the 86 index members that have posted results so far this season, 70 percent have beaten estimates for profit and 65 percent have exceeded sales projections. The Dow is diverging from the S&P 500 by the most in more than two years amid weaker results from companies such as Johnson & Johnson and IBM. The average difference between their performance in the past three days has been 0.5 percentage point, the most since October 2011.

Shares on mainland China continued to recover in response to easing cash conditions after the PBOC added liquidity across the banking sector earlier this week.The Shanghai Comp gained 43 points or 2.16% to 2051, the Shenzhen Comp added 24 points to 1067 and the CSI 300 gained 56 points or 2.58% to 2243.

According to a UN report there are now 206 m people unemployed Worldwide!!!

Here’s a quick graphic of where the problems lie!

Netflix has so far burned $663 million on foreign expansion in the past two years, offset by $991 million in profits at its domestic streaming operations. Does this justify a 300x P/E? Course it does!!!

And finally….cos it’s still holiday season!!Thanks to Hans and Andrew for these…

Got home real late last night after a full day of

golfing and hanging out with the guys, and my

better half had left a message in the kitchen. 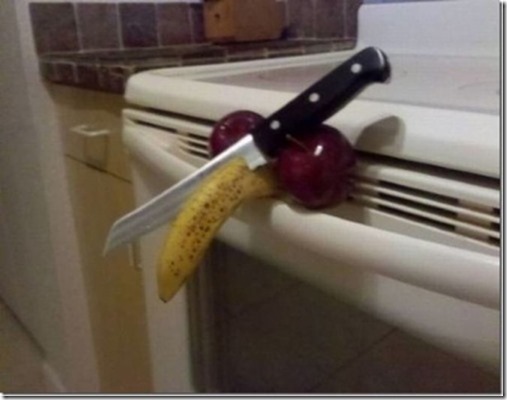 I think she wants me to eat more fruit, bless her heart!

She is always thinking of me!.

The novel “Fifty Shades Of Grey” has seduced women – and baffled blokes.

Now , Fifty Sheds Of Grey, offers a treat for the men.

At the bottom of the garden.

Here are some extracts…

She stood before me, trembling in my shed.

“I’m yours for the night,” she gasped,

“You can do whatever you want with me.”

So I took her to Bunning’s.

She knelt before me on the shed floor

And tugged gently at first, then harder

Until finally it came. I moaned with pleasure.

Now for the other boot.

Ever since she read THAT book, I’ve had to buy

All kinds of ropes, chains and shackles.

She still manages to get into the shed, though.

“Put on this rubber suit and mask,” I instructed, calmly.

“Yes,” I said, “You can’t be too careful with all that asbestos in the shed roof.”

“I’m a very naughty girl,” she said, biting her lip.

“I need to be punished.”

So I invited my mum to stay for the weekend.

Have a great day

3 thoughts on “Thursday 23rd January-A funny thing happened on the way to the Forum-Inflation Genie out of the bag!!”